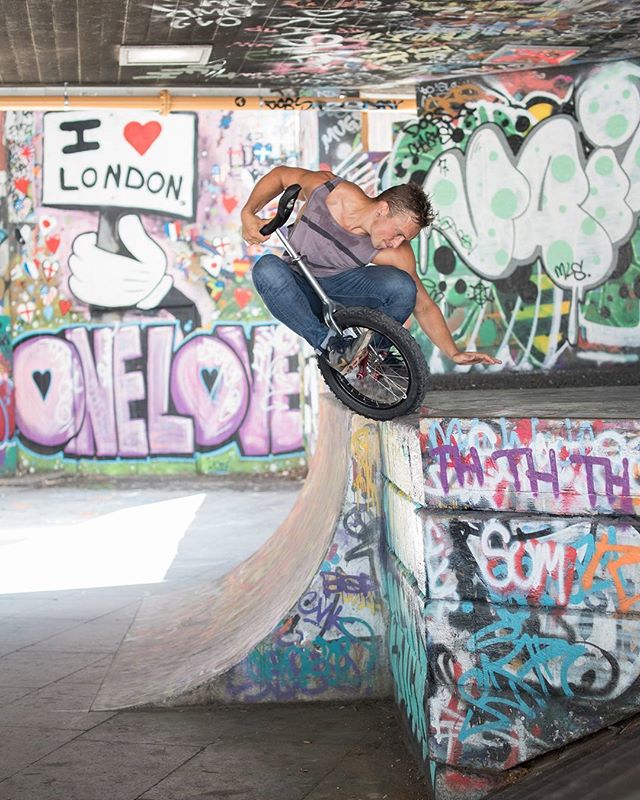 You've got questions. We've got answers

This page is a list of some of the most commonly asked questions about unicycling. If you have a question, and it is not answered here, please write to us! Extensive information is also available on the Unicyclopedia.

There is no one way to learn to unicycle. Some people learn by themselves, while others may learn much quicker with someone who can already unicycle. (See the club list). Here are a few helpful resources.

If you have found a great resouce that helped you learn then please let us know.

Nearby juggling/circus skill groups are a good place to start. Check out our clubs list to see if there’s a club near you. Unicyclists organise themselves on Facebook and there are a collection of regional unicycling Facebook groups which advertise rides. You could also try

This is a list of stores that are in/can deliver to the UK (not definitive). If you would like to add yourself as a trader please contact us.

When competing at unicycling, the event will follow the rules set by the International Unicycling Federation (IUF). Founded in 1982, the IUF is composed of representatives of unicycling nations from around the world, overseeing the sport of unicycling. Here, you can find more information about the different types of unicycling and the current rulebook.

Please note that this has not been written by a lawyer. We have attempted to pull together information written by a number of people on the subject, but you should regard this as opinion, and if in doubt consult the relevant legal documentation.

In 1994 the law changed, with Statutory Instrument 1994 No. 1519: The Traffic Signs Regulations and General Directions 1994. In Part 1, Section 1 (Preliminary), Item 4 (Interpretation general) it states:

With regard to using lights on unicycles, the relevant law is Statutory Instrument 1989 No. 1796: The Road Vehicles Lighting Regulations 1989. This law includes unicycles in its regulation of lighting. It appears that unicycles are now subject to exactly the same rules as bicycles, at least within the scope of these documents.

It appears that some individual members of the police force are not aware of the legal situation of unicycling.

In 2000, Mr Stuart Allbrighton was stopped by the police whilst riding a unicycle on the road, and was told he should be riding on the pavement. He disputed it, and wrote a letter to the Hampshire Police force (where the incident occurred) to clarify the legal situation. He also requested clarification over whether or not unicycles required brakes, reflectors and lights.

A copy of the reply from Hampshire Police is available here as an image or as a text file. The letter confirms that unicycles are included in the definition of pedal cycles and thus should be ridden on the road and not on the pavement.

This information comes from Hampshire Police, so we can probably infer that the same logic holds in the rest of England. Since 1999 Wales has had its own system for publishing such Statutory Instruments as mentioned above, so it is possible, although unlikely, that the situation is different there. We also do not know if Scotland and Northern Ireland are any different since they have subtly different legal systems.